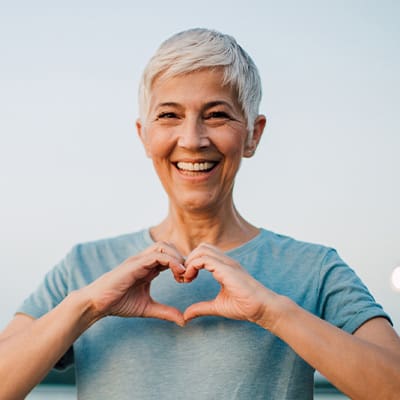 Most of the time when we think of the benefits of hormones, we think of them in terms of sexual health or as a remedy for what ails the menopausal woman. However, one of the most potent effects of hormonal therapy reaches deep into the psyche and proves that hormone replacement may have extensive benefits far beyond the reach and scope of what hormones have originally been used for.

First, What Are Hormones:

Transported through our blood, hormones are our body’s signalers and stimulate specific cells or tissues into action. Hormones are responsible for such critical processes as growth and development, metabolism, sexual function, reproduction, and mood. They are vital to your overall health and well-being and once they decline or become imbalanced, these vital processes also decline or become imbalanced, which can lead to issues like weight gain, bone loss, cardiovascular disease, diabetes, thyroid disorders, and reproductive challenges.

The importance of emotional health cannot for one minute be understated and although the medical community stresses it’s importance, it often gets placed last on the list of people’s health initiatives. This may be because the concept of mental and social well-being is less defined than that of physical well-being. On top of this ambiguity, there is a stigma associated to admitting a need for and seeking out emotional health. This is unfortunate since emotional health is an integral part of our whole-body health. Research has repeatedly shown that emotional distress creates susceptibility for physical illness. Stress increases vulnerability to viral infection and workplace and everyday stress can create susceptibility to cardiovascular disease. Meaning, you cannot have physical health without emotional health.

As we get older, these mounting external stresses combined with dramatic changes in the body, can put a huge strain on our mental and emotional health. Research is showing more and more that hormonal declines are critical catalysts to this common decrease in feelings of well-being, as well as an increase in stress-related illnesses. 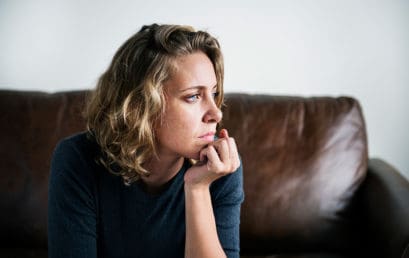 Estrogen, Progesterone, and Mood: There is a common stereotype that pre-menopausal and menopausal women are “moody.” This label, albeit true, often gives doctors and women an excuse to chalk up their depression and anxiety as another bothersome “symptom” of menopause. In truth, this symptom is a bright, blinking warning sign that a woman is experiencing a drop in her important hormone levels, which is not just impacting her mood, but many other aspects of her health also.

Estrogen and progesterone play an important regulatory role in a woman’s overall sense of well-being. The risk of depression doubles or even quadruples during the menopausal transition. During this time, when estradiol and progesterone quickly decline, many women develop symptoms of depression, anxiety, and mood swings.

Estrogen plays an important role in the brain where it exerts neuroprotective actions. Its loss during aging and natural or surgical menopause is associated with mitochondrial dysfunction, neuroinflammation, synaptic decline, cognitive impairment and increased risk of age-related disorders. This loss can be detected early on in cognitive and behavioral indicators, such as foggy thinking and depression and anxiety. Estrogen’s effect on mood is primarily due to its role in increasing serotonin and beta-endorphins which are associated with positive mood states, as well as acetylcholine, a memory neurotransmitter.

Like estrogen, progesterone receptors are also expressed throughout the brain and can be found in every type of brain cell. Progesterone is thought to promote emotional health by boosting serotonin and GABA, which both work to decrease irritability, calm anxiety, and promote a healthy sleep cycle. Also, a progesterone metabolite, allopregnanolone, is believed to be involved in regulating mood and anxiety. The research on this metabolite is early but indicates an antidepressant and anti-anxiety effect in the body. 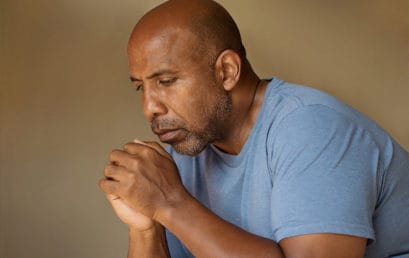 Research shows that thyroid supplementation in both clinical hypothyroid and subclinical thyroid levels improve these feelings of depression. In a study, women with mild hypothyroidism who screened negative for a psychiatric syndrome, showed statistically significant mood improvement and improved verbal fluency after 6 months of therapy.

DHEA and Mood: DHEA and DHEA(S) are the most abundant circulating steroid in humans. Biological actions of DHEA(S) in the brain involve neuroprotection, neurite growth, neurogenesis and neuronal survival, as well as antioxidant, anti-inflammatory and anti-glucocorticoid effects. In addition, DHEA affects endorphin synthesis/release. In three double-blind, placebo-controlled studies of DHEA, administration in major depressive disorders, patients reported a significant reduction in depressive symptomatology.

High Rates of Depression and Depressive Symptoms among Men Referred for Borderline Testosterone Levels. The Journal of Sexual Medicine. 2015; 12 (8): 1753-1760.